Nick Jones holds many different creative roles in the performing arts industry including Playwright, Screenwriter, Puppet Designer, and beyond. 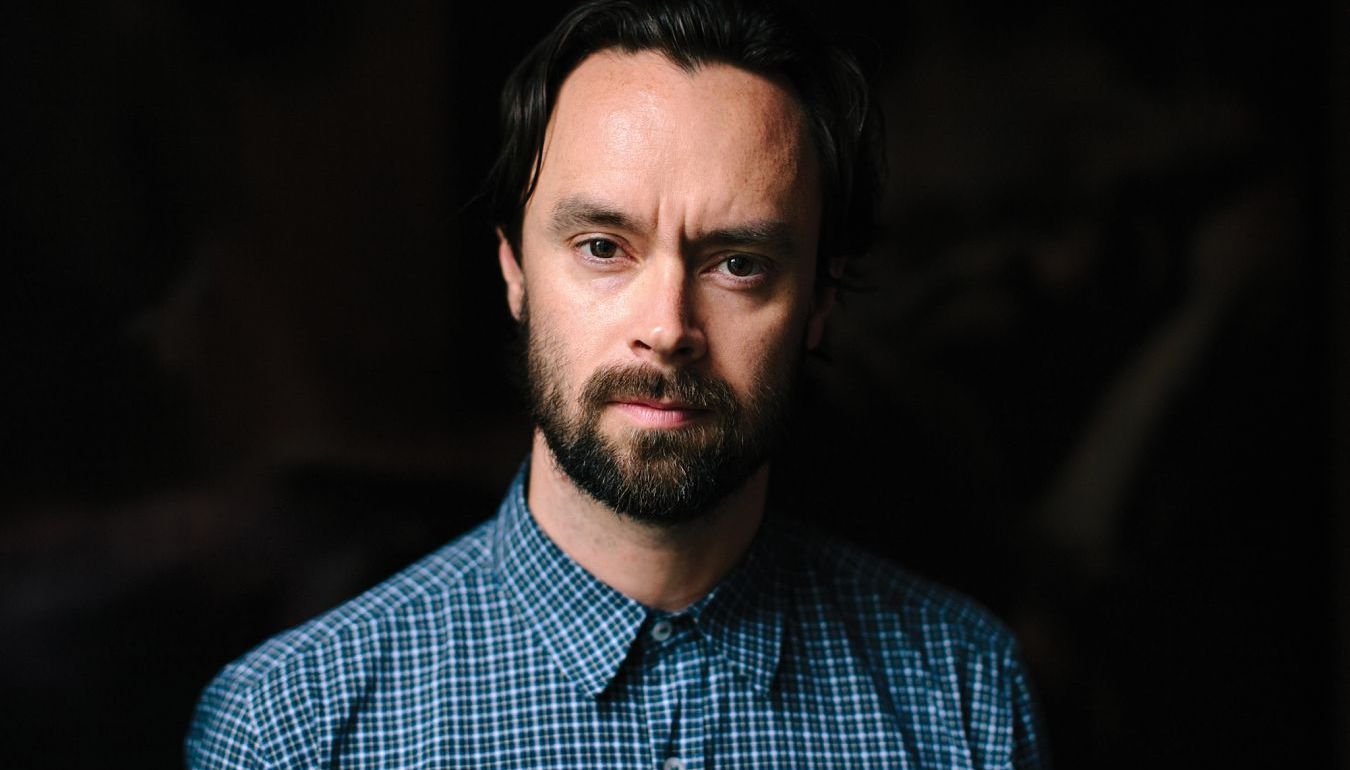 Nick Jones is a playwright, screenplay writer and performance artist who brings a zany brand of creativity to his music and plays.
Nick Jones is best known for his work in the performance arts. Energetically involved in all corners of the theater, Jones has taken on the role of playwright, director and performer — sometimes, all at once! Jones has written a variety of plays that have been smash successes in the world of theater, including Trevor, Verite and The Coward. His SciFi rock opera puppet-tastic...

To get in touch with Nick Jones Writer and Playwright, please fill out and submit this form. Thank you!
Your Message Your Message
I consent to having this website store my submitted information so they can respond to my inquiry. See our privacy policy to learn more how we use data. 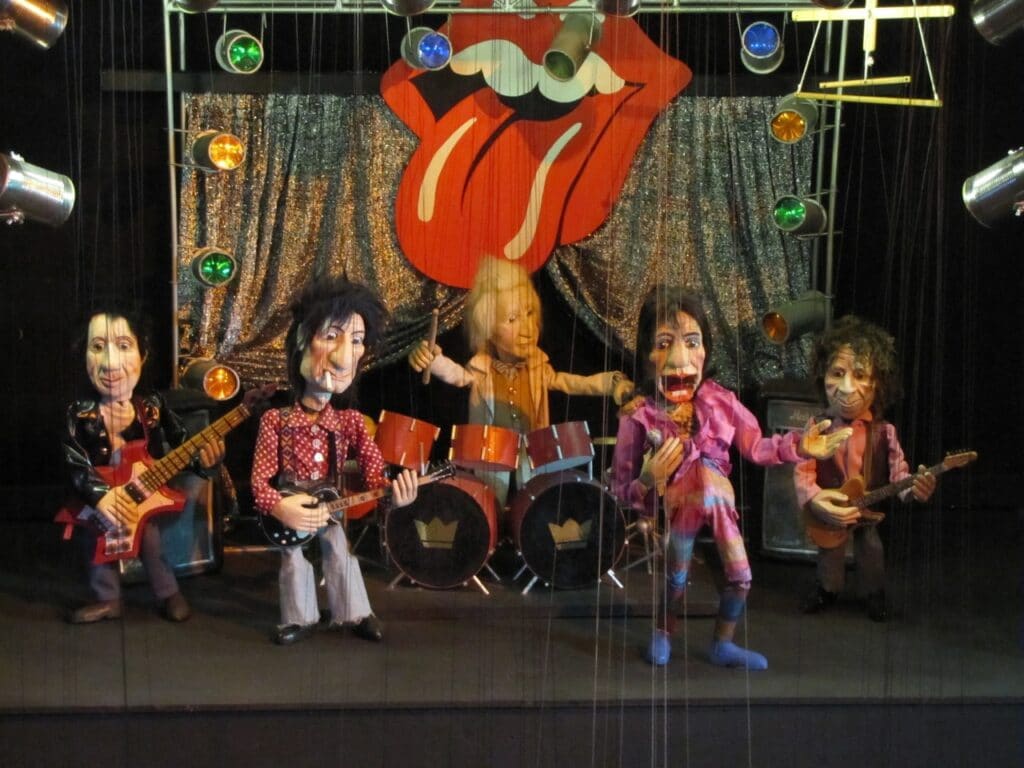 Nick Jones wears numerous hats in the Performance Arts industry — including puppetmaster, puppet designer and a creative mastermind of the band, Jollyship the Whiz-Bang.
Motivated by musical performance and propelled by puppetry, Nick Jones took the creative helm of his band, Jollyship the Whiz-Bang. Vivaciously versatile, the idea for the band was born from the creative collaboration between Nick Jones, playwright, and Raja Azar, composer. Actually, the ensemble first set sail with the pair’...

Screenwriter, Nick Jones, has made a name for himself with his work in film. Jones currently has several feature films in development, including ‘Doulo’ and ‘The Face of The King.’
A writer who adorns numerous artistic hats, Nick Jones is no stranger to transcending from stage to screen — and even stream! During its Peabody Award winning first season, Nick stood as Co-Executive Producer of Hulu’s hit show, Ramy. His work in streamed series have garnered him numerous accolades by association, ... 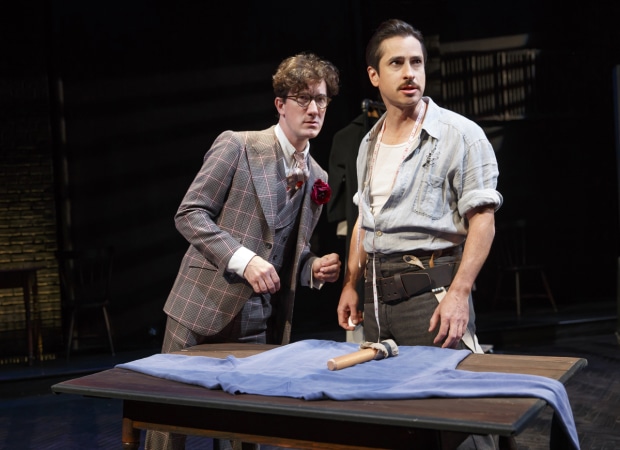 Theater is one of the many realms in which Nick Jones’s creative mastermind truly makes a presence. The playwright is known for writing such plays as Trevor, The Coward, Verité and Important Hats of the Twentieth Century.
Description
Since its debut in 2015, which starred Laurie Metcalf and Jimmi Simpson, Trevor has become a widely produced stage play. Heart-wrenching, hilarious and irrevocably insurgent, Nick Jones’s Trevor tells the tale of a performing chimpanzee. A subversive comedy that ... 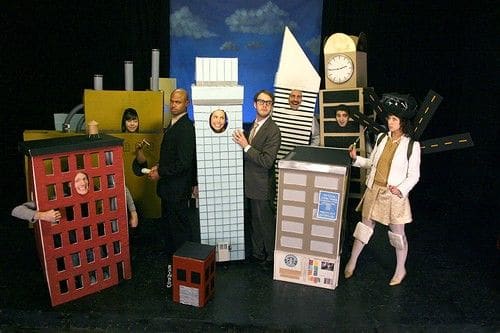 Education & Academic Accolades
Nick Jones is originally from Anchorage, Alaska. Now, his creative pursuits have landed him in the film hotspot, the City of Angels, where he now thrives in crafting stories on stage, screen and the biggest streaming services. Long driven by his imagination, Nick found his footing as a writer by earning his Bachelor of Arts in Literature and Creative Writing from Bard College. He also maintains a Lila Acheson Wallace Playwriting degree from Juilliard, where he w... 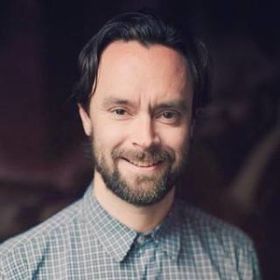 Nick Jones is a playwright, screenwriter and puppeteer known for productions like "Trevor," "Important Hats of the Twentieth Century," and Hulu's Ramy. 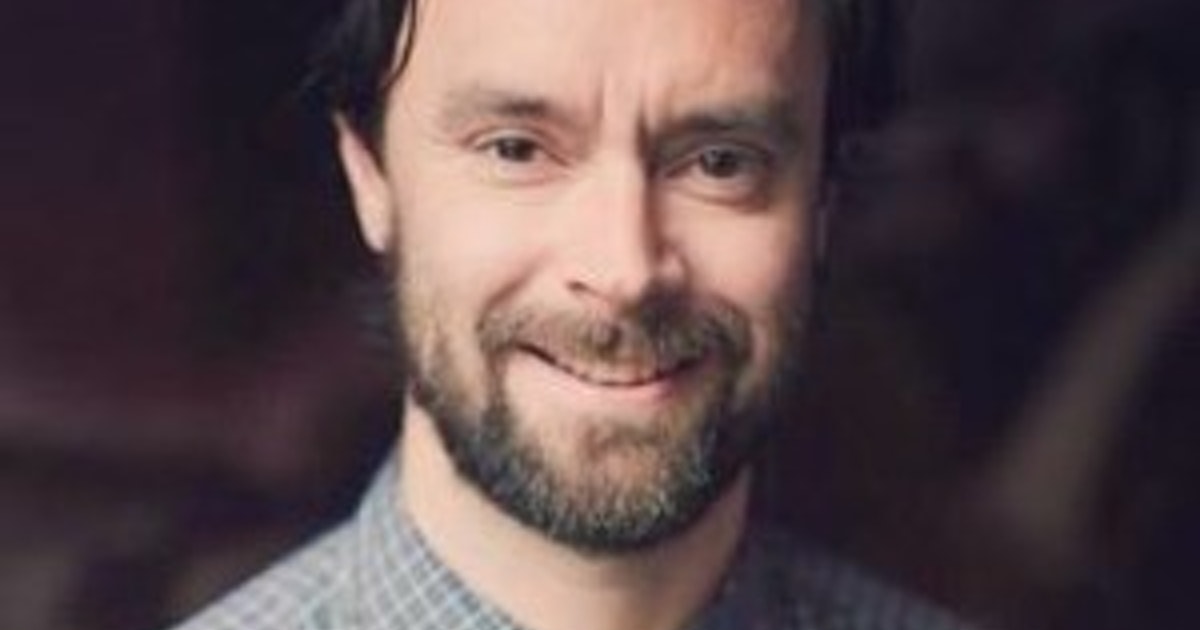 Nick Jones is a writer of stage, screen and stream. He is known for working on plays like “Trevor” (which featured electric on-stage performances from Laurie Metcalf and Jimmi Simpson), “The Coward,” “Verite,” and “Important Hats of the Twentieth Century.” Jones is also known for working as Co-Executive Producer on the first season of critically acclaimed, award-winning series, Ramy on Hulu. Currently, he has numerous feature film projects in the development stage, such as The Face of the Kin... 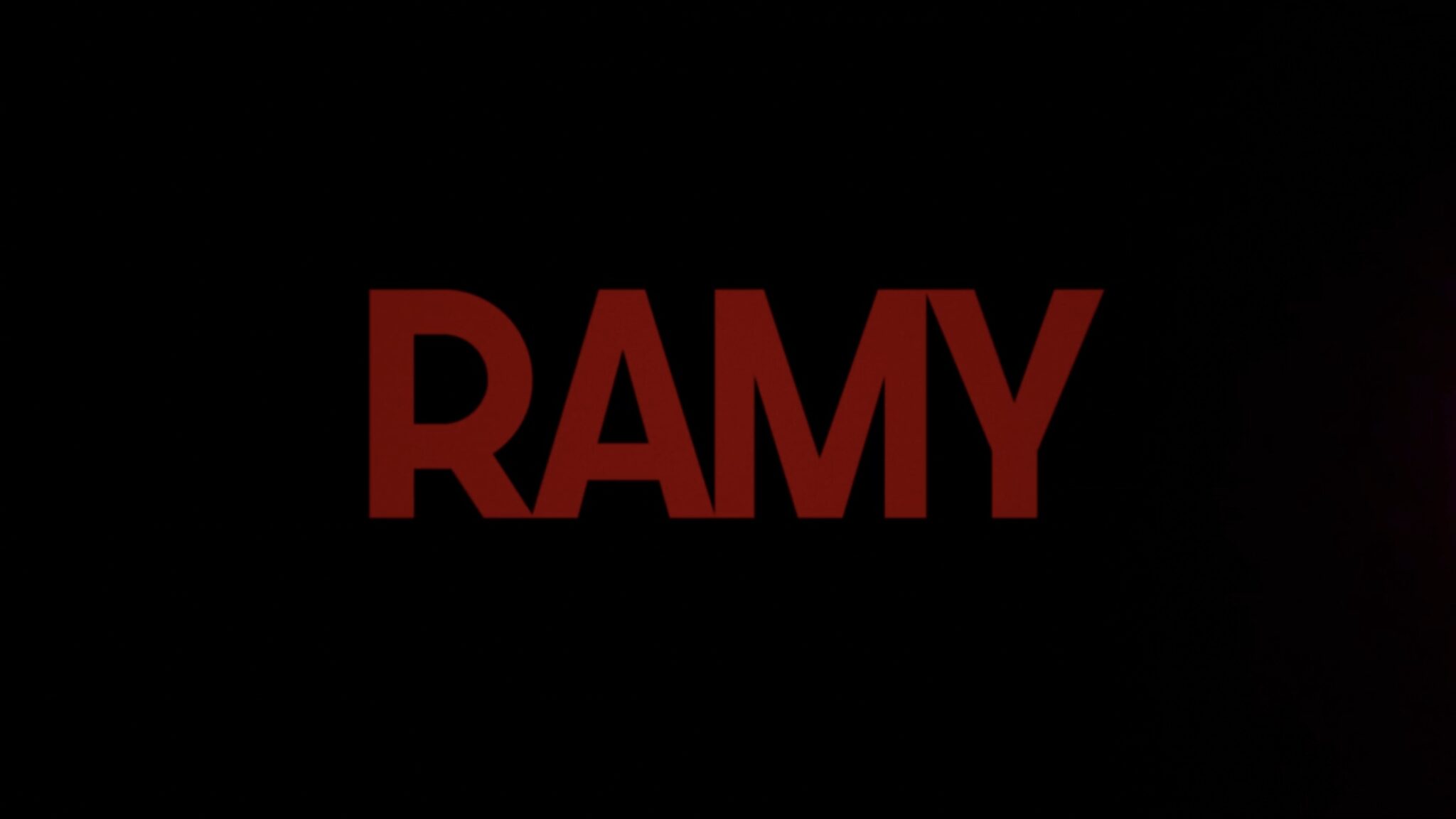 Nick Jones is a playwright, screenwriter, puppeteer and all-around performer extraordinaire. As versatile as the unique range of projects he has worked on, Jones’s quirky sense of creative curiosity is fundamental to his brand of performance.
Playwright, Screenwriter, Whatever
A performer through and through, Nick Jones is known for taking the helm of creative projects from all angles. His wordsmith talents have contributed to works of screen, stream and stage over the years. Blending storyte...

Nick Jones is a performer and writer for theater and film. He is the author of the critically acclaimed play Trevor, about a has-been show chimp and the woman who loves him. The Los Angeles Premiere of Trevor, starring Jimmi Simpson and Laurie Metcalf, won the 2015 Ovation Award for Playwriting, as well as the LA Drama Critics Circle Award. Prior to this, Nick premiered 2 plays at Lincoln Center/LCT3: Vérité, starring Anna Camp; and The Coward, with Jeremy Strong and Kristen Scha... 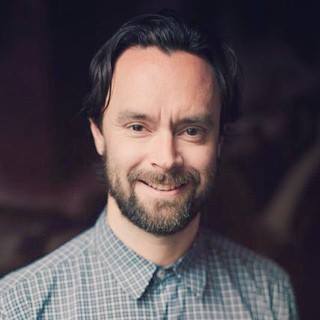 Nick Jones is a performer and writer for theater, television and film. Plays include: Vérité (Lincoln Center/LCT3) Trevor (Lesser America), The Coward (LCT3), Jollyship the Whiz-Bang (Ars Nova and the Under the Radar Festival at the Public, and in which he also starred), Salomé of the Moon, The Wundeisteipen, Little Building, Straight Up Vampire: A History of Vampires in Colonial Pennsylvania as Performed to the Music of Paula Abdul(with Zak Vreeland and Peter Cook), The Nosemaker’s Apprentic... 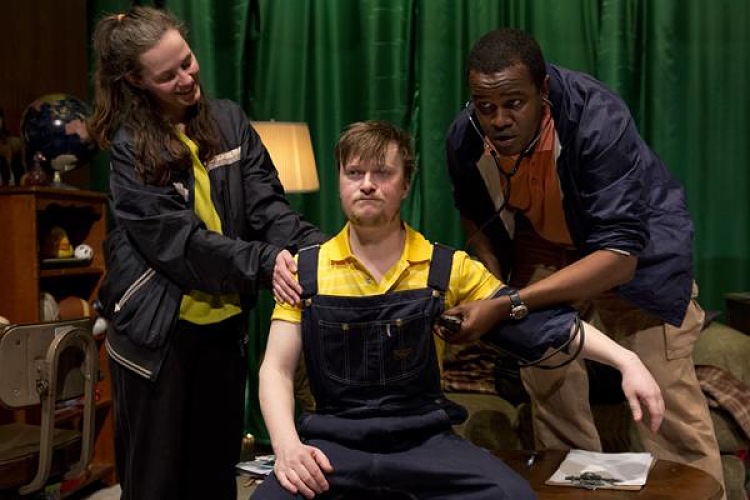 Nick Jones made a confession to Marsha Norman and Christopher Durang, codirectors of the Juilliard School’s competitive playwriting program, shortly after he was admitted there in 2009 to study. His writing sample, a historical farce called The Coward, was the first play he’d ever written “for human actors.”
Juilliard may have been surprised, but enthusiasts of Jones’s work know that the real top billing in his early plays went to hard-living, libidinous puppets—dummies with names like Captai...